In Chapter 2, we looked into value-based healthcare (VBHC) from the perspective of health service providers and their patients. There were multiple approaches to driving value-based healthcare, such as getting more value for money. This was done at the level of hospitals (for example through bundled payments), at the level of the doctor and hospital network (through accountable care organizations), and at the healthcare ecosystem level (through integrated delivery system/provider sponsored plans).

As seen in Chapter 1, value-based healthcare can be defined as follows from the societal perspective:

“Value-based healthcare is the equitable, sustainable and transparent use of the available resources to achieve better outcomes and experiences for every person.”

Put another way, value means a healthy population needing less healthcare. Take note that in the ICHOM definition and the standardization process, values such as equity and affordability were not addressed. Such values become key considerations when we look at society as a whole.

Would you be surprised to hear that many of the diseases that a lot of people suffer from and are costly to treat are actually preventable and controllable?

Chronic diseases, or non-communicable diseases (NCDs), are diseases of long duration and generally slow progression. Unlike infectious diseases, chronic diseases are not transmissible directly from one person to another. Examples of major chronic diseases are: cardiovascular diseases (including heart attacks and stroke), cancer, chronic respiratory diseases (such as chronic obstructive pulmonary disease and asthma), diabetes, kidney diseases, and liver diseases. Chronic diseases are by far the leading cause of death in the world, representing 63% of all annual deaths. They kill more than 36 million people each year. Some 80% of all NCD deaths occur in low and middle-income countries.

The chronic disease burden is largely the result of a short list of risk factors. These risk factors include tobacco use, poor diet and physical inactivity (both strongly associated with obesity), excessive alcohol consumption, uncontrolled high blood pressure, and hyperlipidaemia. For example, a cohort study from western Europe found that while smoking remains the predominant risk factor for premature death in Europe, poor diet, overweight and obesity, hypertension, physical inactivity, and excessive alcohol consumption also contribute substantially. All of these factors can be effectively addressed for both individuals and populations. Increases in the burden of chronic diseases are attributable to incidence and prevalence of leading chronic conditions and risk factors (which occur individually and in combination), as well as population demographics, including ageing and health disparities.

Over 50 million people in Europe have more than one chronic disease, due to either random co-occurrence, a possible shared underlying risk profile, or synergies in disease development. The costs of treating and caring for patients with multiple conditions tend to increase dramatically with the number and combination of comorbidities, although the pattern varies for certain specific diseases.

Low socioeconomic status is linked to significant reductions in life expectancy and should be considered a major risk factor for ill health and early death. In a study of 1.7 million people, researchers compared socioeconomic status against six of the main risk factors defined by the World Health Organisation in its Global Action Plan for the Prevention and Control of Non-Communicable Diseases. The WHO plan aims to reduce non-communicable diseases by 25% by 2025, but omits socioeconomic status as a risk factor for these diseases. The authors point out that only a few studies have examined how important these socioeconomic factors actually are and whether they should be considered while setting national and global health policies.

No country to date has reversed its obesity epidemic. The prevalence of obesity has increased substantially over the past decades. Worldwide, over 600 million adults (13% of the total adult population) are classified as obese, comprising 11% of all men and 15% of all women. In the European region, the prevalence of obesity is estimated to be around 23%.

Obesity is a chronic disease and an important risk factor for many other diseases. According to the Global Burden of Disease Study 2017 data, a high BMI was the leading risk factor, accounting for 4.7 million deaths and 147.7 million disability-adjusted life-years (DALYs). Pre-obesity and obesity are estimated to be responsible for approximately 35% of all cases of ischemic heart disease, 55% of hypertension, and around 80% of type 2 diabetes. High BMI also contributes to mortality from all causes in Europe. Obesity has also been linked to increased risk of morbidity and mortality from infectious diseases, as with Covid-19. 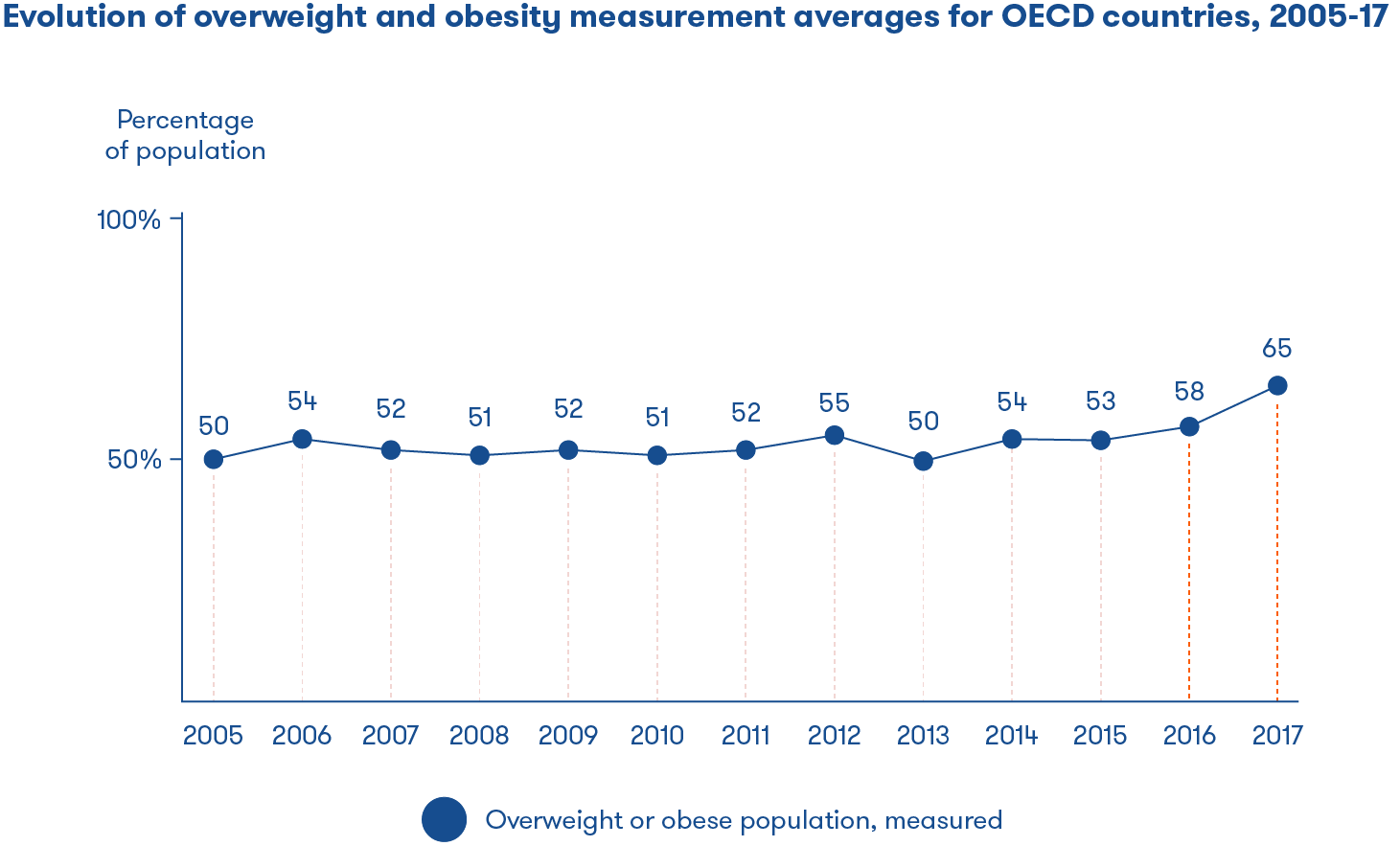 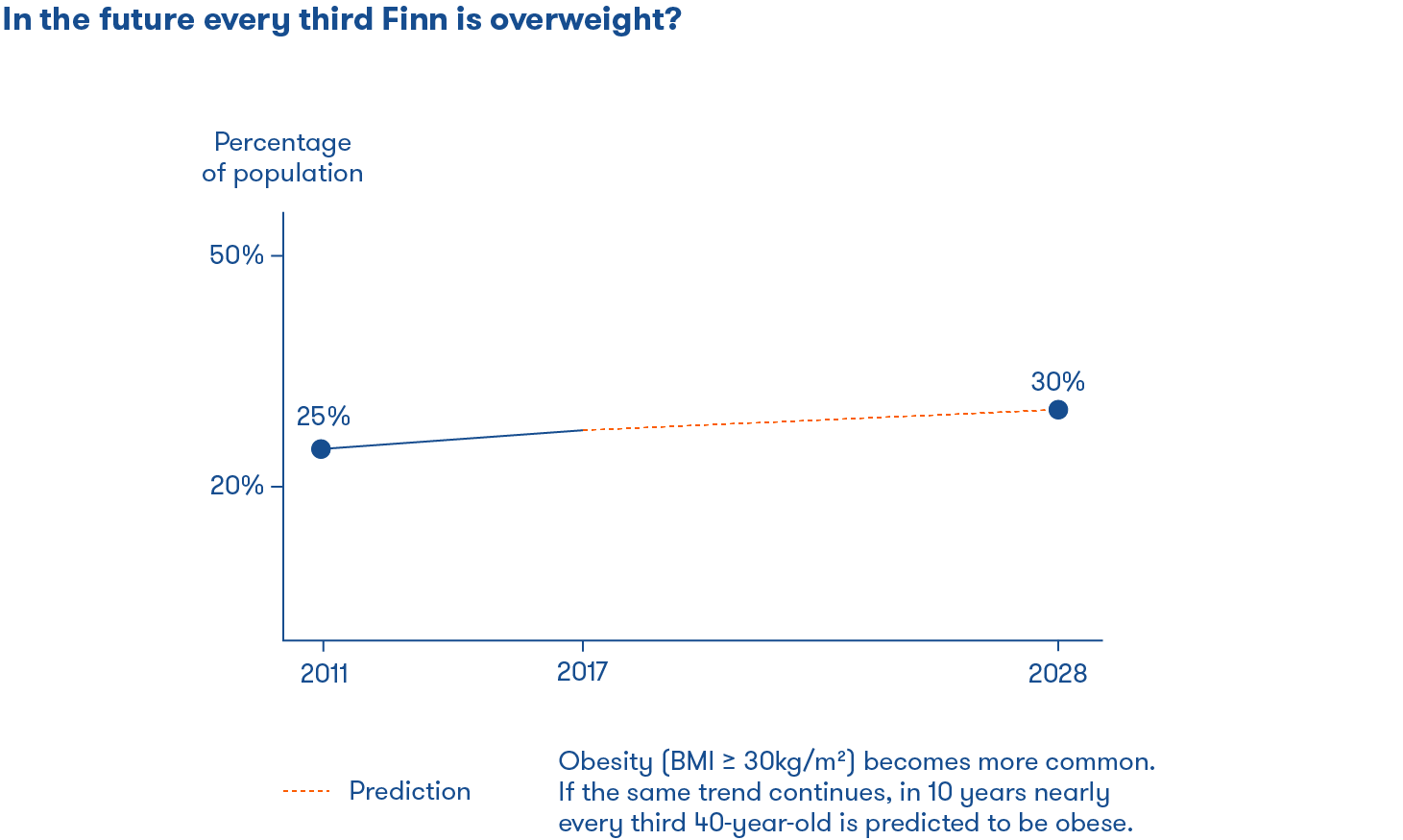 On average, European Union countries spend about 7% of their healthcare budgets on obesity-related diseases. If the increasing trend in obesity rates continue, the burden of these diseases and the associated healthcare costs will be substantial.

“An ounce of prevention is worth a pound of cure”

The fact that medical care has had a limited impact on the health of populations has been known for some time.

The 1960s and 70s were a golden age of drug development with the availability of the sulpha drugs, penicillin, streptomycin, cortisone, other pharmaceuticals, and new therapies. They brought optimism and excitement in the power of medicine to fight infectious diseases, the major historical scourges of humanity. So when researchers turned to the causes of mortality’s decline over the last centuries, both experts and the public expected the obvious answer to be the result of better drug therapies, advances in medical knowledge, and more hospitals.

To the surprise of many, Thomas McKeown and his colleagues, through their research, concluded that medicine had actually contributed very little. McKeown was a British physician, epidemiologist, and historian of medicine who pursued the questions of population increase, mortality decline, and the role of medicine throughout his career. McKeown and his colleagues noted that the major contributions to improved health in England over the previous 200 years came more from changes in food supplies, sanitary conditions, and family size than from medical interventions.

McKeown’s questions still remain relevant today, and even though it led to much controversy, criticism, and new findings, his insight has been largely supported. Others in the US estimated that since 1950, medicine has accounted for about three of the total of seven years by which life expectancy has increased.

If not medical care, what then matters to our health? It is not surprising that a broad range of factors that make us who we are affect our health, from genetics to social circumstances and from environmental exposures to how we behave. 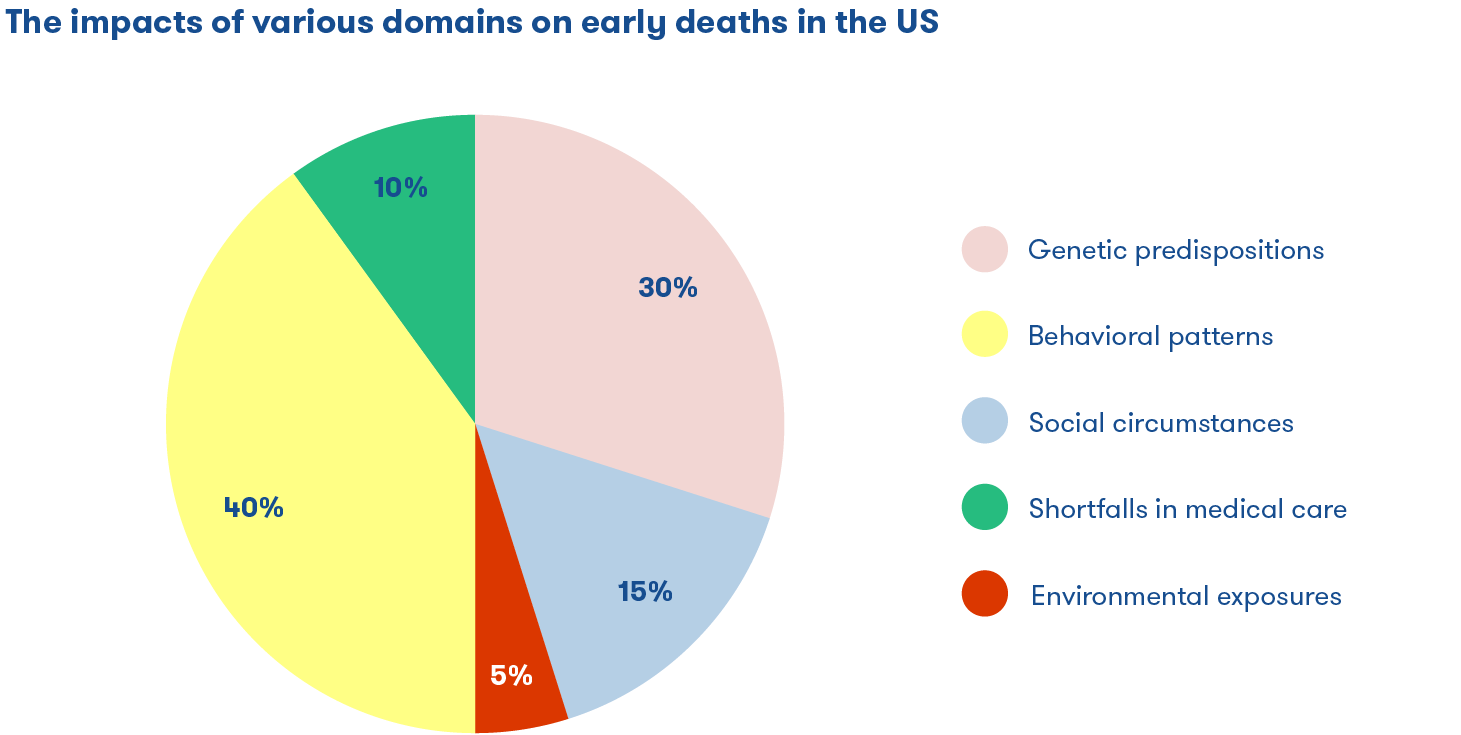 One study, for example, estimated that on a population basis, the impacts of various factors on early deaths in the US can be roughly distributed as follows, based on best available estimates: genetic dispositions 30%, social circumstances 15%, environmental exposure 5%, behavioral patterns 40%, and shortfalls in medical care 10%. Rather than the exact proportions however, it is more important for us to understand the interactions of these factors. Ultimately, individual and population health is determined not by isolated factors but by where they intertwine. Whether a gene is expressed can be determined by environmental exposures or behavioral patterns. The nature and consequences of behavioral choices are affected by our social circumstances. Our genetic predispositions affect the healthcare we need, and our social circumstances affect the healthcare we receive.

The cost effectiveness or “value” of public health interventions

A range of public health interventions at local and national levels are well known to improve health outcomes for both individuals and the population as a whole. We also know that it makes sense financially for healthcare systems to aim to prevent ill health rather than to treat it. A number of studies have calculated the return on investment for individual prevention interventions, and a recent systematic review has also demonstrated their overall cost effectiveness. Multiple government-commissioned studies in the US, UK, Australia, and Canada have all similarly concluded that public health focused strategic investments in the socioeconomic determinants of health deliver improvements in health outcomes, but also cost savings and economic benefits.

A systematic review determined the ROI from a range of existing public health interventions conducted to date in high-income countries. It demonstrated a median return on investment of public health interventions of approximately 14:1. This means that for every €1 invested in public health, €14 will subsequently be returned to the wider health and social care economy. These benefits often materialize with a very long delay, which poses challenges in demonstrating a causal relationship, making it difficult to justify investments in prevention.

National public health programs with a high return on investment:

Local public health programs with a high return on investment:

Why is there so little investment in public health and prevention?

One of the most-cited statistics in public health is the imbalance of social investments in medical care compared to prevention activities. For example, approximately 95% of the trillion dollars the US spends as a nation on health goes to direct medical care services, while just 5% is allocated to population-wide approaches to health improvement.

These barriers include the greater requirements for cost effectiveness sometimes placed on public health interventions, the belief that in the long run prevention may cost more than treatment, the timeframes required for some public health interventions, the ‘identifiable victim effect’, the influence of interest groups, and the reality that evidence alone does not drive health policy.

A few of the barriers explored in detail in Richardson's study are discussed below:

Conclusions drawn from this reduction in expenditure were that ‘public health funding is vulnerable when managed by organizations whose core business is the delivery of personal health services’, and ‘the combination of skeptical clinicians, disinterested consumers and managers with politically imposed time horizons (much shorter than those for public health services) means that it is almost inevitable that when public health competes directly with curative services it will be the loser’. Subsequent health reforms in New Zealand provided ring-fencing of public health funding.

Not only is the investment in public health and prevention small to start with, it is also likely to be the target of further budget cuts compared to other sectors of health spending. For example, a study that looked into the effect of the global financial crisis of 2008 found that while all sectors of spending appear to have been affected, the greatest decreases were observed in pharmaceutical spending and in areas of public health and prevention in OECD countries.

Next section
II. Why invest in health – and how to measure it

Gesund Partners is a hands-on Strategy Consultancy focusing on value-based health and social care transformation. We take a holistic view into one’s wellbeing and foster innovative partnerships to radically challenge the status quo.

Reaktor Education partners with world-class organisations and education providers to develop online courses and digital learning solutions designed to empower all people to participate in a rapidly-evolving globalised society.